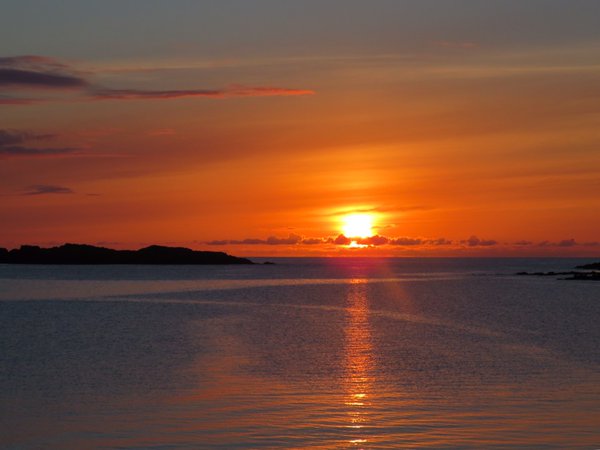 On 6 Jan 2016 we held what may have been the first national #PublicHealthHour in the world. See previous blog to read the background. Tweets posted during the #PublicHealthHour (12.30-13.30) are collected in a Storify.

This blog post provides a summary of the hour, plus details of how to join the next #PublicHealthHour, 3 Feb 2016, 11AM-noon (*** note change in time ***), which will be run as a Webex webinar with tweeting, with @CyclingSurgeon Prof Chris Oliver.

Fourteen of the participants (45%) responded to the initial poll about ways of accessing Twitter during the hour. Of these respondents, 43% were accessing from a work computer, which was higher than I expected. Nonetheless, many of us struggle to access social media from work. This needs to change, both for networking and for reaching out to a wider audience.

Here’s a flavour of answers to the questions during the hour. I have focused on tweets that used the #ScotPublicHealth hashtag, but have flagged up when there were other tweets in responses to individual questions.

Question 1A Where do you work?

I used cartoons sourced from the internet for each of the questions, in the hope that this might increase the visibility of the posts and encourage engagement (retweets, likes and replies). There were no retweets of this initial question, but there was some discussion (NHS Health Scotland shared a link for their 2015 briefing on #healthinequality with a trainee health visitor; comment about spelling of ambiance/ ambience – both listed in OED). Click cartoon to see more. 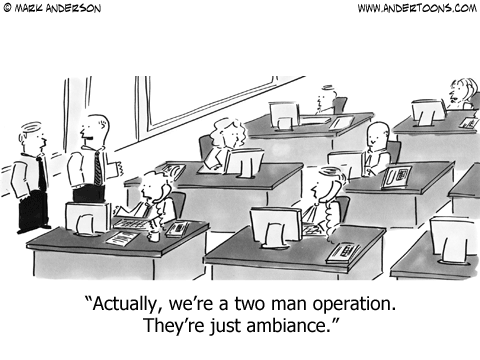 Answers to this this question were identified using the #whereiwork hashtag. The images posted using this hashtag are shown below. Click on the image to see the original tweet.

Answers to this question were from Glasgow, Lothian, Ayrshire and Arran, University of St Andrews, Dundee, Shetland and national organisations. 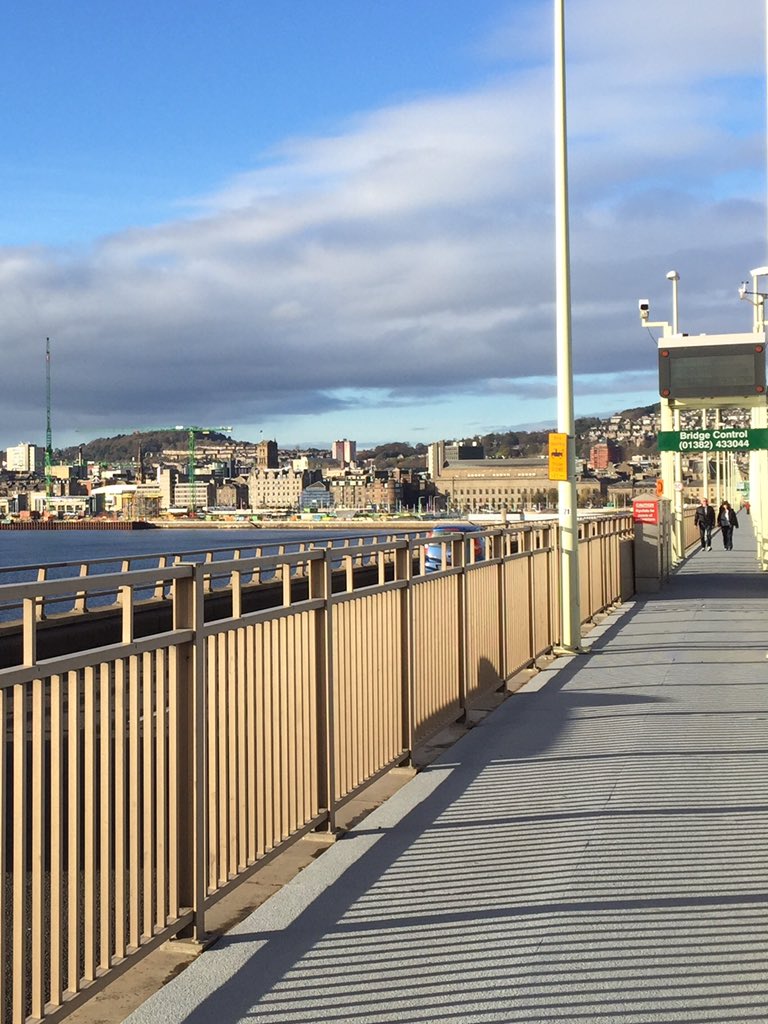 One of the reasons for asking this question was to highlight the importance of including a picture in a tweet, and hopefully to achieve engagement around the most popular images. Trevor Lakey (photo of santa on horse) and Susan Laidlaw (pictures of Shetland in summer) used particularly striking images. Trevor and Susan’s photos received a comment each, but there was little retweeting (quite different to the pattern observed through tweeting at conferences).

Question 1B What are your main work topics? 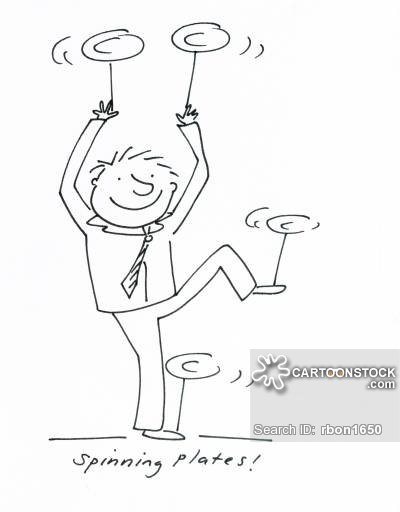 There were 11 responses from 10 people during the hour. Answers were flagged up using the #whatido hashtag. There were a wide range of responses within this select group. Some respondents are in training, others long qualified. There was a spread of academic and service public health (NHS, local authority and national organisations) and voluntary sector. Remits range from cancer research, health geography, women and children’s services, screening, community development, health inequalities, mental health and wellbeing, health protection, and multiple morbidity. Several participants have remits that stretch across many of the 9 areas of Public Health laid out by the Faculty of Public Health.

There was one photo posted in these responses – Catherine Bromley sharing original research, hot off the press (click image to see tweet). 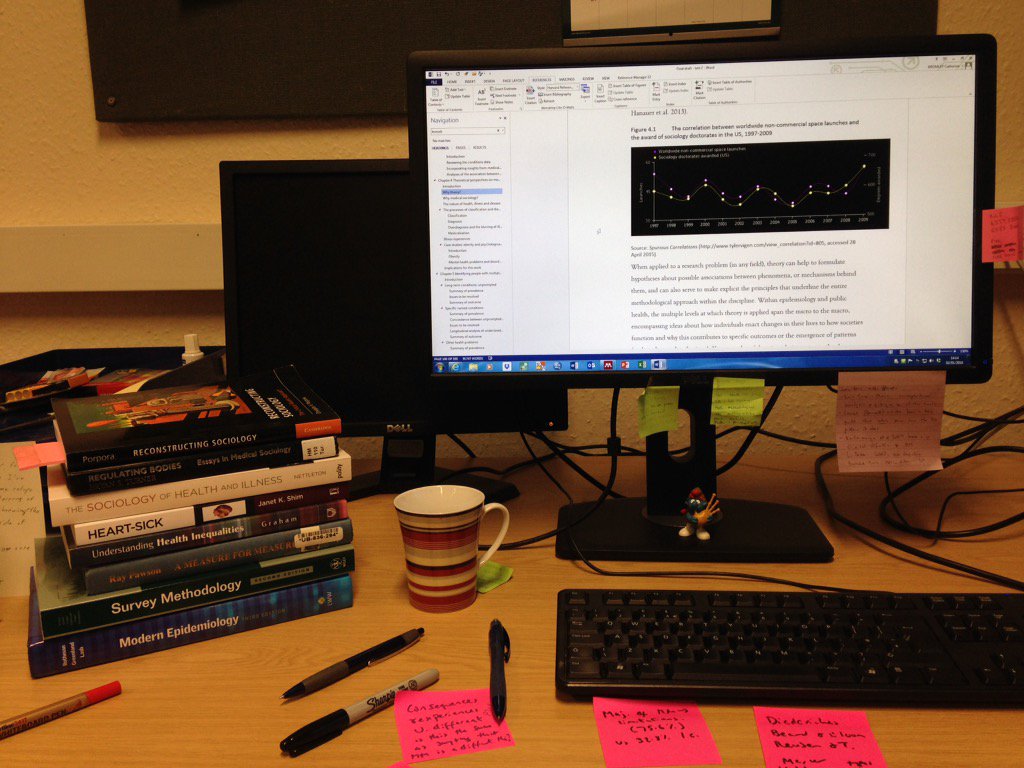 Question 1C What are your priorities for 2016? 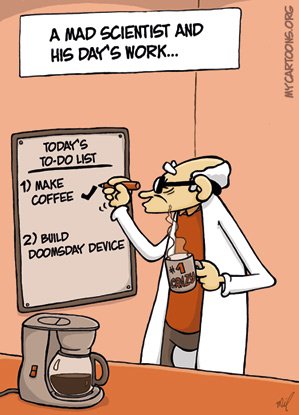 This question (using #todo2016) had the largest number of responses (16 people/ organisations tweeting during the hour or immediately afterwards), and the highest engagement (measured by retweets, likes and replies).

Ranked by combined retweets and likes these were the top 5 most engaging replies to this question (click image to go to full tweet):

3) Quality improvement; and social determinants of health in obesity

Number 3 above was the only answer in this section to use a picture (Model for Improvement). Using editorial prerogative, I would note that this had the highest level of engagement of any of my tweets during the session (4 retweets, 7 likes, 2 replies and a quoted tweet that was retweeted and liked a further 3 times). It is worth including a picture in a tweet, or quoting a tweet as Dona did in number 2 above. The relatively high engagement with this tweet also illustrates the current interest in improvement science in Scotland.

Question 2A What topics do you want to discuss on social media during 2016? 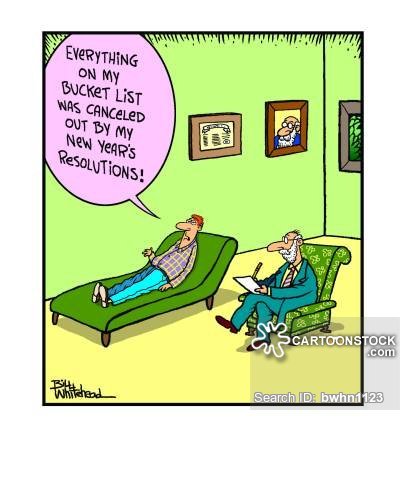 Again a wide range of responses from health protection to health improvement, childhood to old age, social determinants of health, physical activity and sedentary behaviour (including office work), falls prevention, advocacy and policy. Scottish Government’s physical activity infogram came up again (it was also mentioned in the “tying up 2015” survey for #ScotPublicHealth).

By far the most engaging responses to this question were three tweets including physical activity and images (click image to see full tweet: tweets by Mary Colvin (x2) and David Hunter): 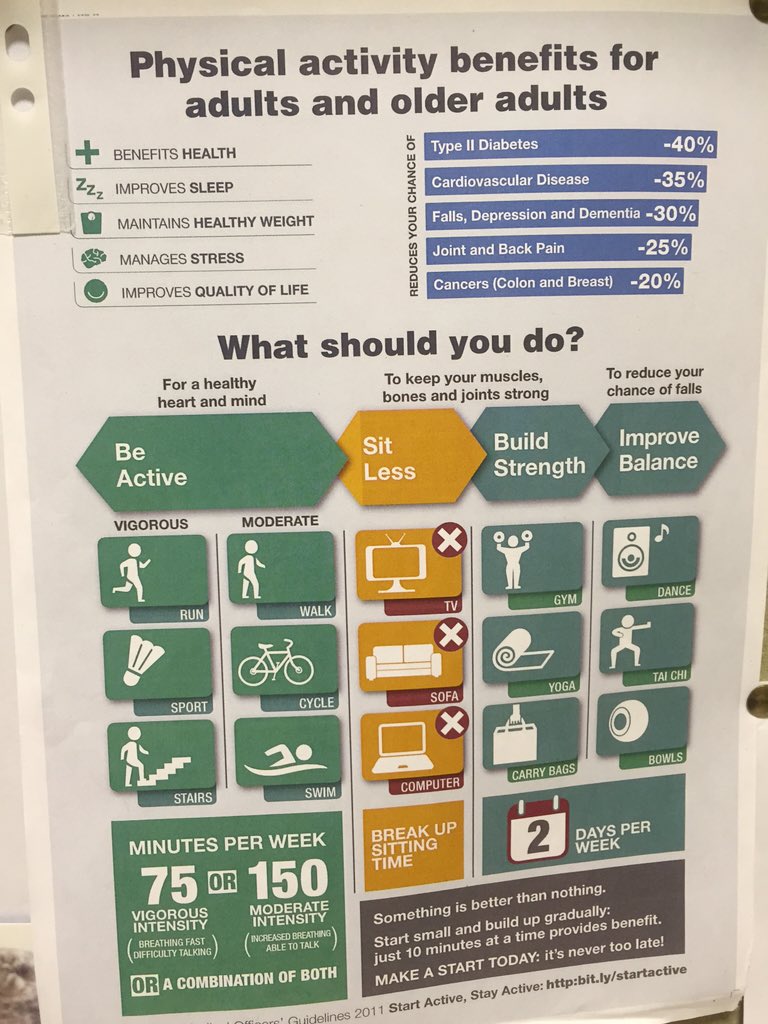 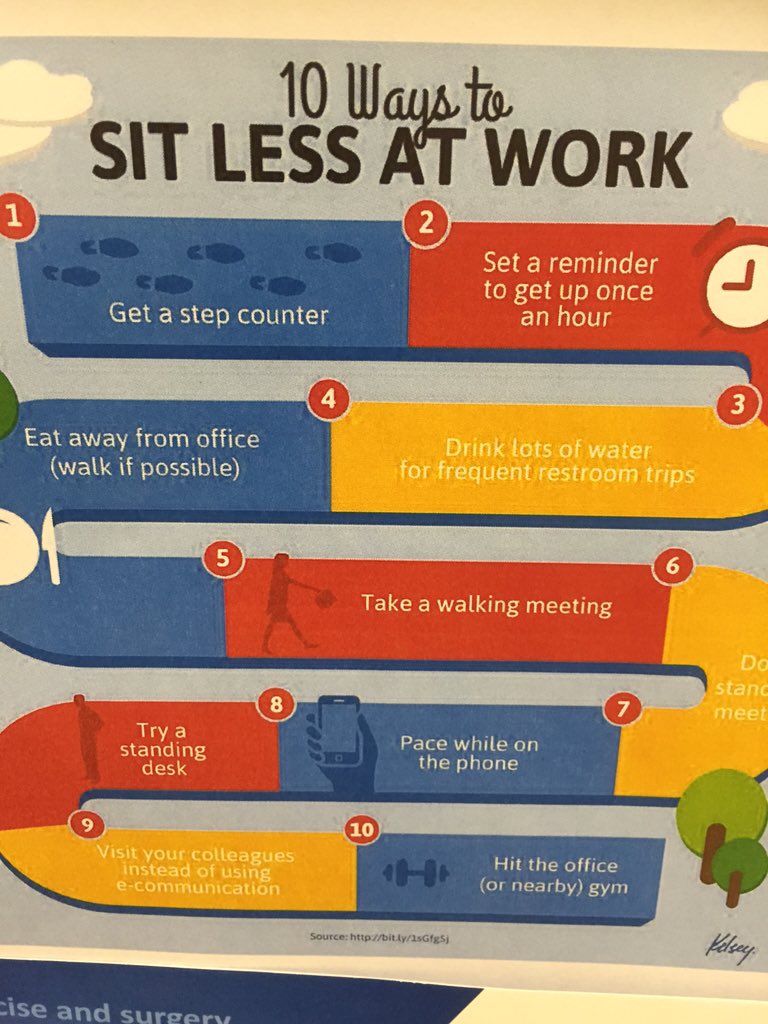 David Hunter on street clutter and barriers to physical activity: 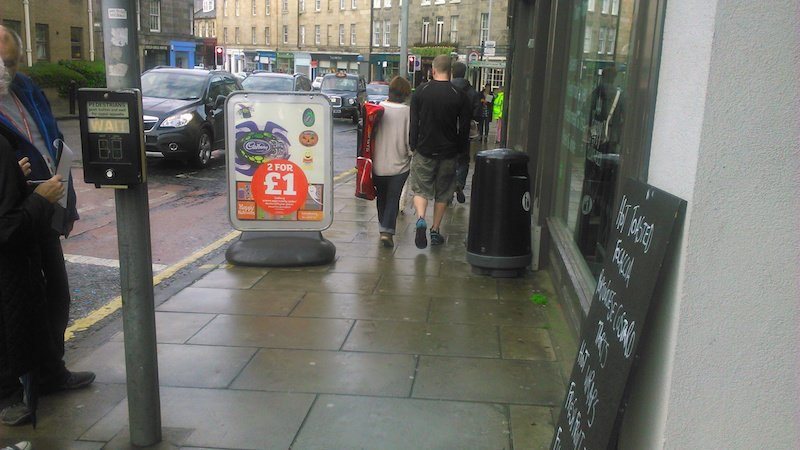 Question 2B Ideas for #scotpublichealth blog? 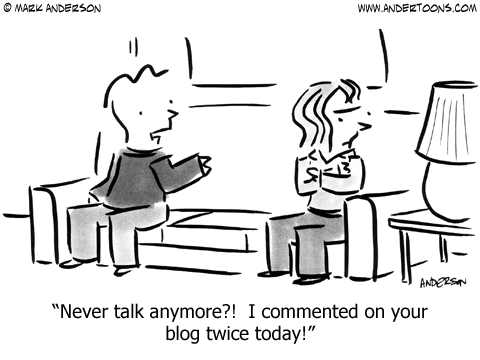 This question tweet (click cartoon above) received more retweets than any other question (3 RTs, 1 like). However the response (using #scotpublichealth and #blog) was quite small, with 3 individuals tweeting replies:

Derek Barron tweeted an example of one of Trevor’s blogs: Through the wormhole

Josie Murray referenced feedback from the Scottish Public Health Conference, Peebles, November 2015: Models of how to improve quality of healthservice by making them more relational (from the ScotFphConf2015)

Both are good ideas, and we’ll be looking for further ideas during 2016.

Question 3A How confident are you at using Twitter? (poll) 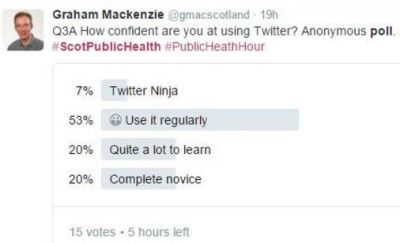 Despite receiving more votes than the other two polls during the hour, this poll was still only answered by a minority of participants (some participants fed back that they were unfamiliar with Twitter polls). Of those responding, 60% used Twitter regularly and/or felt they were experienced. Nonetheless, in conjunction with answers to Q3B (about using social media beyond Twitter – a question that received only one response, noting the need for input around design and creativity), the poll in Q4A, and the general level of engagement during the hour, there appears to be a need and appetite for further advice in using social media. 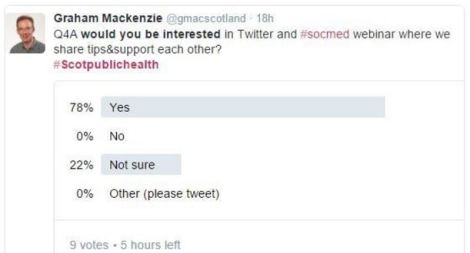 These questions were answered by a relatively small number of participants. This is perhaps unsurprising, given that this is was the first discussion in a developing network. Storify summaries, blogs, and webinars were all mentioned, as well as the need to develop and maintain connections in the real world. As illustrated here, these ideas are all being pursued.

See also Trevor Lakey’s Storify of 2015 and my Storify summaries of 2015 (Tweets and survey) and #ScotPublicHealth.

After a dwindling number of answers to the final questions, the rounding up section generated some interesting points (eg about the number of hashtags used during the session). Click image to see responses. 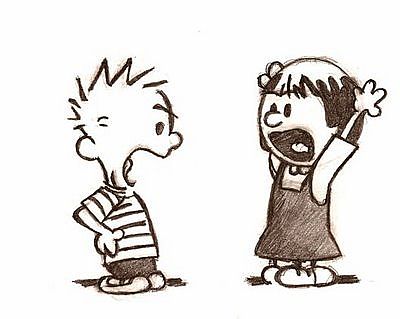 Feedback from the session (organisation, flow and quality of discussion) was generally positive:

Interpretation and next steps

This was a well received first attempt at holding a #PublicHealthHour on social media (Twitter; no engagement on Facebook). It brought together a diverse group of people, largely from within Public Health and related disciplines and organisations, mainly in Scotland. There is considerable potential to reach out more widely. The hashtags made it relatively easy to collect together responses after the session, but were, on reflection, potentially confusing as they became mixed up with all the other tweets that I was sending (even though I had posted the structure the day before on Twitter, and in a blog). I have established a Twitter account (@ScotPublic) to make the administration of #ScotPublicHealth and the #PublicHealthHour more straightforward. This has gained 83 followers since its first tweet 6 January 2016.

A number of themes emerged for future discussion – physical activity, inequalities, mental health, social determinants of health, community development and youth work, and the need for further tuition in the use of social media. These can be explored in sessions planned for the rest of the year.

I am therefore delighted to announce that the next #ScotPublicHealth session (3 Feb 2016) will be run as a webinar (Webex), with Prof Chris Oliver (@CyclingSurgeon) telling us about physical activity, a new physical activity MOOC (massive online open course) and providing a masterclass on Twitter. This will be at the earlier time of 11AM (open from 10.50 to allow everyone to navigate any IT hurdles). Join using Webex (click link) and phone in for audio (0131 536 6666; participant code 930362 followed by # key). We will be tweeting, but hopefully the webinar structure will be easier to follow and provide more opportunity for interaction. If you don’t use Twitter, then there will still be an opportunity to take part in the chat box provided in Webex sessions. If you use Windows 10 then make sure you read this technical advice in plenty of time.

Finally, some stats: #ScotPublicHealth has received over 5M(*) impressions since I first suggested it in a tweet immediately after the Scottish Public Health conference, November 2015. In total 600 people have tweeted or retweeted messages using the hashtag over 2,200 times. That is a pretty good start, and perhaps the birth of a long lasting network. Hope to see you at the next #ScotPublicHealth #PublicHealthHour, 3.2.2016, 11AM. 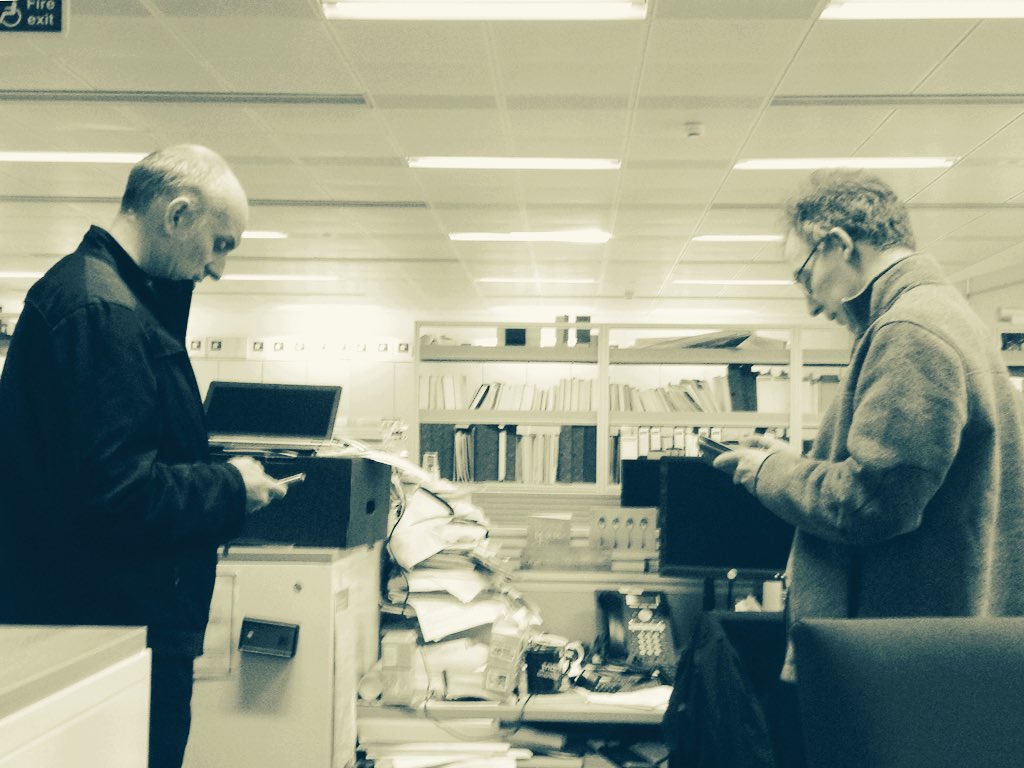